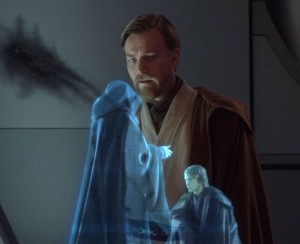 Forget HD...holograms are going to be huge!

Another busy week, and another post. I was working on this earlier in the week, but left my HP Jornada in Belfast so I’m starting again from scratch! Aside from the usual classes, I’ve started back to fencing (I was extremely rusty), camcorder club (apparently I’m doing a talk on sound in films, despite not being asked first) and Sci-Fi club. Camcorder club has the usual fare: a bit dull, but with some hilarious quotes such as “Nobody uses HD or Bluray. I’m waiting for holograms – they’re going to be the next big thing”; and also a lot of admin stuff which I just tuned out for. Hopefully it’ll get me more motivated to film some new stuff – I’ve already had an idea for a random e-reader commercial, but that’s another story. As far as gaming is concerned, I haven’t had a whole lot of time. Early starts, club nights and anatomy reading have been playing havoc with everything, and the damn cold weather hasn’t been helping at all. There’s nothing like waking up in a snug, warm bed cocoon only to remember you have to get up in the freezing cold, and walk to class for 9 o’clock. I did get playing some more Mount & Blade though, which is getting better as time goes on. 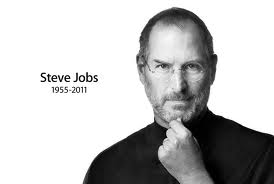 And then there was sadness. This week the world lost one of the most influential figures in computing history. Apple co-founder, and general turtleneck wearer, Steve Jobs died on Wednesday, aged only 56. He will be sorely missed, along with his legendary keynote speeches.

In gaming news; the Gotham City Impostors closed beta has begun! Since it’s targeted toward US gamers, the servers are online at rather antisocial hours (12-5 AM). I’ve played a couple of matches so far, and they have been good, but far from ideal. My laptop graphics aren’t entirely up to scratch, and I’m yet to tweak the video settings to see if it’ll run smoother. The gameplay is very frantic and fast paced, and there seems to be a good selection of weapons and gadgets. The custom loadout slots are also good, though I haven’t played enough to unlock much new equipment. So far it’s shaping up to be a hilarious version of Call of Duty, combining familiar controls with new gameplay. I’ll have more when I get playing the game on a better computer, though I’m getting pretty rusty as far as online FPS gaming goes, but I’ll just blame it on the computer for the time being!

If you are a Charlie Brooker fan, or just enjoy good comedy writing, then take a look at How TV Ruined Your Life. Charlie looks at the various ways TV has ruined our lives, and is in his usual misanthropic style, providing a lot of laughs. It aired earlier on this year, and somehow I managed to miss it. Thankfully all the episodes are up on YouTube, the first being here – http://www.youtube.com/watch?v=7Q74PNnL4E8. All his show’s are very good, and particularly relevant is his one-off gaming special – Gameswipe. It covered pretty much all of game history with input from a number of other TV personalities, discussing their gaming experiences.

My keycaps for the Model M also arrived today, and I’m pleased to announce that it is now complete! And the green Alt keys are a nice addition, so all that’s left is to get some decent photos of it at my desk. That’s it for now…no doubt I left out some of the stuff I drafted on Wednesday, but this is all I have for the time being. Enjoy!