Great movie mistakes, not so great after all. Robert Webb, how could you do this? It just makes you come across as a terribly petty person, pointing out every tiny inconsistency in films. If you’ve put that much effort into finding flaws with the film you really aren’t watching it right. Try to sit back and enjoy the story – if you’ve ever tried to make a film you’ll know continuity is a nightmare and it is very difficult to make sure everything is absolutely perfect. The whole thing is that nobody really notices until someone points out the flaws. 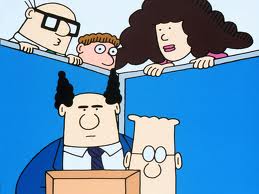 Before I forget, Merry Christmas! It’s Christmas Eve, and yet instead of sitting in my room playing Deer Hunter (a Christmas tradition for me), I find myself in the kitchen slaving over a Bain-marie making lemon curd for tomorrows trifle. And I’m also watching Dilbert of course. I’ve recently been rediscovering the fantastic animated series of Dilbert, which I first watched on FTN a good few years ago. It was incredibly underappreciated and only spanned two seasons, but those are really worth watching.

Christmas in our house is often the epitome of chaos. Cooking and baking and mixing and preparing and, of course, wrapping of presents. Normally I enjoy being a bystander, watching the unfolding madness, but being able to cook is the worst possible quality in this situation. Now I’m being drawn into, and am helping to perpetuate the anarchy! The food is always great at the end of the day, but it’s going to be an exhausting run up to dinner time. As far as I know, it’s going to be melon for a starter, then the standard christmas fare, along with a slightly unconventional trifle – a mincemeat sponge and lemon curd instead of jelly. It’s adapted from a Nigel Slater recipe – http://www.bbc.co.uk/food/recipes/mincemeat_trifle_99318

Skyrim has also been a feature of the holiday so far, but my playing habits have become rather erratic. The norm now is starting at 1am and playing for a couple of hours at least, which is not good for sleep, or my sanity. 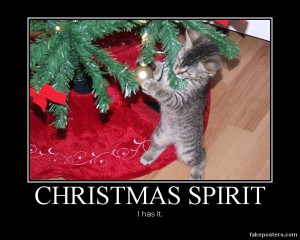 The excitement is building rapidly, and I can’t wait for the presents tomorrow…even though I know what I’m getting. Gift giving and receiving, although nice in theory, ends up being a frustrating and expensive experience. We know exactly what we want or need, but instead of spending our money on something useful we have to guess what our friends or family want instead. I suppose it’s the thought that counts after all that, and it can be a very rewarding experience too if you give or receive the perfect gift – one that’s well thought out. I digress, it’s Christmas and I cannot wait. There are still two sauces to go, and some breadcrumb preparation for tomorrow so I’m likely to be up pretty late tonight. I hope you’re still up to read this! 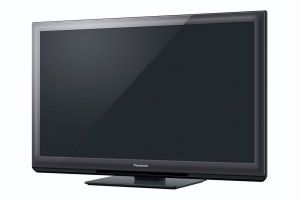 I’m running out of things to write about – this week has been incredibly busy and I’ve been too distracted to think about writing or even reading anything. I spent most of the time researching televisions, only to be dissuaded by dad at the last minute, leaving us with no big TV over the holidays. Not cool…not cool at all. He promises the Boxing Day sales will being a good TV, but I’m still remaining quietly skeptical. For now, I’ll leave you to the building Christmas anticipation. I wish you all a very Merry Christmas and an Awesome and Prosperous New Year.

2 responses to “Stuff going on!”