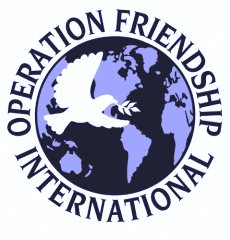 Not yet thankfully…not from my own blog. Though I have to apologize, because things have been hectic as usual and I haven’t been able to post. When I arrived home from America I was rushed straight back into work, getting the house tidied up and doing odd jobs, to get ready for our American guest as part of Operation Friendship, the international youth exchange. No sooner did Liam (my guest) arrive, than he was whisked away by another family for a week, which left me rather confused. Was I hosting, or not? Had someone stepped in and taken my job like one of the previous years? I still joined the group for some of the activities including a trip up the North Coast for three days, but at the same time I felt slightly distant from the rest of the group. My initial absence had bothered me slightly, and made it harder to relate to the rest of the group. Things did get much better, and as I got to know everyone I appreciated how good a group they were. Operation Friendship is over for the time being; the group having returned to Massachusetts and Indiana respectively, and life in general is back to normal. Despite being less involved this year, I feel like I had a very different experience, and a positive one at that. I wholeheartedly recommend the experience to everyone, and we need new families to keep joining – if you’re between 15 and 20(ish),  and enjoy travel and meeting new people, it’s most definitely worthwhile. Get in touch with me if you’re interested.

This is going to be another short post, unfortunately, as I’m going to grab something to eat now. I’ll have to post up how everything is going, and what has changed in the last month. And I still haven’t even finished my American blogging! I am so far behind now, it’s laughable. I’ve only been in the country for a month, give me a break. As for now, if you haven’t already go and buy a Solid State Drive. They are dynamite!