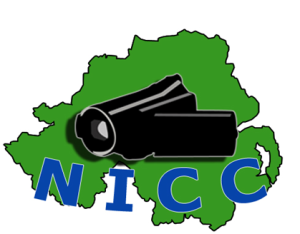 The logo could use some rejuvenation, but it isn’t too bad

I have a dream. Not really a dream, more of an idea. Even to call it an idea is a bit strong, so lets call it a strategy. I am a huge WordPress fan, and I enjoy the whole blogging experience here. It is just so simple to add new content, even for those who are not hugely computer literate, and the publishing feature makes it great for linking in with social media. Forgive me for sounding like I’m selling for WordPress, but I do enjoy it here, and having the opportunity to have a site like this for free. Some day I may migrate it all to my own website, but for now, this is perfectly adequate.

What is this strategy then? Every time someone asks me about whether or not their club/society/organisation should get a website or not, this is where my mind goes. A blog is a great alternative to a full blown website, particularly where most of your content will be news or what’s going on. I am a part of the Northern Ireland Camcorder Club (NICC), as I’m sure I’ve mentioned many times before, and they are considering moving into the 21st century, because as a club we are largely inaccessible to the whole internet aside from a very short mention on the Institute of Amateur Cinematographers website. The main thinking behind this is to attract some new members, who might be able to breathe some life into the club, and hopefully we’ll be able to help them on their way to becoming a filmmaker. I am the youngest member of the club, and there is upwards of 60 years between the oldest member and myself, and I dread to think of the average age of club members. Most have been filming since the cine era, but they are not all stuck in the dark ages. They are gradually starting to accept HD, despite arguing about it for many years, and some of them produce good films.

I believe a combination of a WordPress blog, Facebook page, and a Vimeo page for members to upload their finished videos would be ideal for the club, and the best way for introducing them to the internet age. I shall keep you informed of the progress if it actually happens – it is up to them whether or not they accept my proposal. It should be worth a shot anyway.

Off and On Again

It certainly was, but I really enjoyed making this short film, and it may be revisited in the near future. With some good scripting, and better acting, it could be an excellent little film. I’ve been told the starting sequence is a bit much, and though it was my favourite part of  it (partly because I stole it from the Fall), it will be dropped. My scriptwriting needs a lot of work, so hopefully this can be the film to get me some practice. It’s all about thinking logically, and not assuming everyone is on the same page as you. This is harder than you may think in practice.

I’ve begun rewriting the script from the ground up, trying to make it a more compelling story, and hopefully I will be able to develop the characters to more than just caricatures. Things will be simpler, and hopefully better explained, and actually make sense.

Gordon hunting some headcrabs at the LHC

What a great game. Half-Life is as good now as it was when I first played it, 14 years ago, though it has aged in the intervening years. Don’t worry about that though, they’ve got you covered. Black Mesa is the revamped version of the original Half Life, built on the Source engine, that I mentioned last week. I got a chance to spend some time playing it, and though I was restricted by the usual work and other stuff time wise, I really had fun in the parts I played. There was a certain degree of the usual Half-Life confusion – is it a glitch stopping progress in an area, or just some really awkward way of getting past a door. The guns all feel great, with the revolver a particular favourite of mine. It’s a hand cannon! If I am being perfectly honest, I never really thought much of the starting sequence in the tram entering Black Mesa. It could be seen as building up a picture of the facility, and of the introduction of Gordon Freeman, but I just find myself reading or doing something else while waiting for it to end. The action is quite slow to start in general, but it soon picks up after “the event”. Sorry, I’m sure everyone in the known world has played Half-Life by now or at least knows the story, but I’m not going to be responsible for a spoiler. I need to get playing it a bit more before I could do a full review.

And of course, where would the Ordinary Decent Baker be without Friday night baking! (FNB?) I assisted with one coffee cake, which turned out pretty well, and brownies were the other project. They aren’t the best, and were a tad overdone unfortunately, but such is life. One moment your brownies are gooey and raw, and the next they are charred to death. It was not as bad as that, but it was frustrating, because they were going so well and had the makings of something great. They are still edible, and I’m doing my best to eat them single-handed. What exactly is in store for next week, I have no earthly idea, but it could be the second brownie attempt, or something completely different.

Now for something completely different.

2 responses to “The Blog Strategy”