Before I even start writing, I’ve had a special request from a friend that I am to pass out to you all. Go and hug your mothers! They are very important people, and you should give them the appreciation they deserve. You never know what will happen in this world, so make the most of the time you have with them. 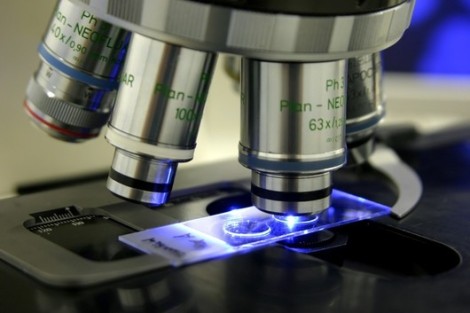 The past three weeks have been largely looking down microscopes

The last week of pathology, and I am sad to see it go. We were made to feel so welcome in the labs, with enthusiastic consultants always happy and willing to show us new things. I learned so much in a very short period of time, and would happily go and stay there for a while longer if I had the chance. I also gave a presentation on the pathology of the common types of dementia, which turned about to be a pretty interesting topic. We were treated to lunch in Derry on Thursday, at Browns restaurant. The food was excellent, as was the company. Pathologists are some of the funniest doctors I’ve met. The last week also fostered a great attitude of community amongst the remaining students in the accommodation, as I cooked one night, and we all cooked the following night. And as a community what did we watch? Community, of course!

Now I’m no Ben Heck, but I do enjoy dabbling in some tech DIY every so often. A few of my previous projects include the doomed sliding keyboard for my Atrix (which was way too bulky and made me appreciate how slim the original phone was), the odd cable, and a few PC transplants. Most of my projects start out with good intentions, but turn out disastrously bad. The concepts are there, and I can figure out exactly what I want to do, but the execution of ideas is where I fall down. In most cases I am lacking the skills and experience needed, but I’m striving to learn as much as possible in an attempt to narrow the missing knowledge gap. I did enrol for an electronic engineering course online at MITx, but it proved to be much more time consuming than I had hoped, and was not really compatible with my medical degree. Just when I got motivation to do some work, I had to then figure out what to work on, and just threw out the online course idea. 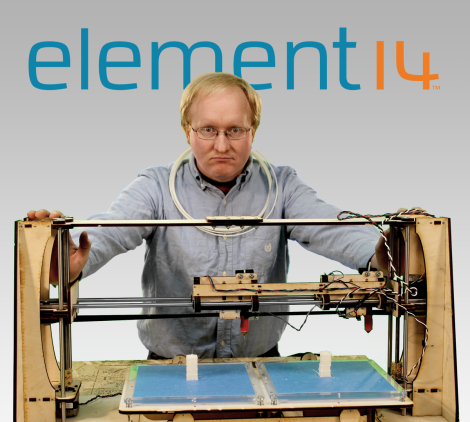 The skills Ben Heck possesses are nothing short of outstanding, and watching him work on projects and figure out exactly what needs to be done is amazing. Normally I can get a vague idea of how things work, but he can figure out the minutia, and exploit it in his favour. One project I stumbled across was his Xbox 360 DVD changer; the lazy man’s solution to changing discs without ever leaving the sofa. The native electronics were not exactly working as planned, so he had to rethink things, and built his own control system around an arduino microcontroller. The ability to troubleshoot when things go wrong is another of his strong points, and he keeps working until it is sorted.

Today I was doing a much more minor, but still important, lazy man DIY project. Picture the scene:

You’ve got yourself settled down in a good seat in front of the TV to see Inception on Blu-ray for the thousandth time (because it is incredible!) and drinks are being poured while everyone else gets seated. The lights had to be on whilst things were getting organised, so crisps and drink weren’t hurled everywhere, but now that everyone is settled, no-one wants to get up to turn the lights off. It’s a living nightmare!

What if; and this may just be crazy talk; you could turn the lights off without ever leaving your seat.

That’s the minor issue I will be addressing today, with this rather spiffy remote controlled dual dimmer setup. I’m no stranger to these things, as I have one fitted in my room and in the projector room. They are one of those little conveniences that just make life better in general. Sometimes you just have to enjoy the little things. All the fitting involves is turning off the power, removing the old dimmer switch, and rewiring the new switch in the same arrangement. There are two sets of lights, which is why there is a dual dimmer. I had to go for the larger “400w per gang” version because of the number of bulbs we have.

The installation went as planned – all I needed to do was to remove the current dimmer and wire up the new one. Moving from a dimmer to another dimmer is always easier than a normal light switch to a dimmer, or perhaps that is just because a bad prior experience when I let dad at the last one. The house is getting closer and closer to being in the 21st century – I’ve got wireless access throughout the house which allows roaming between two hotspots; the printer is networked and accessible from all the computers without having to walk over and plug the USB cable in manually; and the rooms which require them are fitted with remote dimmers. Now, if the speaker cables are concealed beneath the carpet, and some network cabling is put underneath the floor then my job would almost be complete.

I have also been doing a lot of phone tweaking, with my Motorola Atrix, and dad’s new Samsung Galaxy Ace. The Ace is a relatively low power Android phone, but should provide a good first Android phone for him as it has all the features you need in a day to day phone. I could use it happily enough, but I would miss the processing power and fantastic resolution screen of the Atrix. So far, I’ve rooted, installed Clockworkmod, and upgraded the Ace from Gingerbread (2.3.6) to Jelly Bean (4.1). It was a relatively painless affair when I found the correct roms – much easier than my Atrix, which was a nightmare, and constantly left me fearing the worst. That I had bricked and made completely useless the phone I just spent too much money on. It was not an overly expensive purchase, but it was more than I would have liked to pay for a phone. I am also back on Jelly Bean on the Atrix as of last night. I downgraded to Gingerbread to try and make the phone more stable, and get a few more native features working, but the difference between 2.3 and 4.1 is just too much. I would rather have Jelly Bean any day. Though it is nice to have a fully working camera and video recorder, the benefits of JB outweigh the losses.

3 responses to “Pathology and Projects”