Summer is a strange time of the year for me. I started this blog in the summer of 2011, and at that stage I was posting up every couple of days, but I’ve been struggling to write anything at all recently. When I do start something, I end up getting distracted with other work, and I find it difficult to get back into the swing of something I started writing a while ago. It could be that reality is kicking in, and spending a summer actually doing the 9 to 5 is crushing me slightly, but that’s just an excuse. I just haven’t been working with any form computer very frequently recently, including games consoles. I was getting into Uncharted 3, but then my PS+ trial ran out and I haven’t had the heart to renew it yet, considering I’ll be away for nearly a month. Add to that a massive backlog of games from Steam and the Humble Bundle, and you can start to see my predicament. Way too much choice is a problem, as well as a blessing. 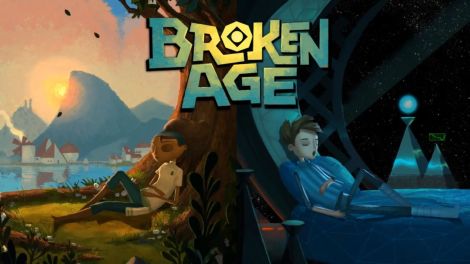 I haven’t even been following progress on the Double Fine Adventure game, now announced as Broken Age, I backed on Kickstarter a while ago – they have been releasing a making of documentary which I should be watch, but I just haven’t got round too. On top of all that, I haven’t baked anything in nearly a month! Baking and gaming were my staples, along with filmmaking, but all these are falling by the wayside. The problem is a lack of motivation, and wanting to do too damn much. The oven hasn’t had any work done in a few weeks either. Yes, summer is a strange time. A time when I have more time, yet accomplish much less than I would in a given normal non-summer week. One thing I did do, which I hadn’t in a long time, was go out on the river in my kayak. Not only that, but also, and here’s the killer part, I drove a remote controlled speedboat from it! It was as amazing as it sounds, and kept me entertained for minutes. Of course then I had to actually do some kayaking, but still it was a beautiful evening. I almost didn’t go. I almost talked myself out of it, and very nearly sat inside playing God of War 3, but that didn’t happen.

My days are filled with gel electrophoresis – this was a big one! Each band is a sample, and the ladder in the middle is used to compare the size of the fragments.

There is news on the film front! The Bridge Film Collective, our little group of would be filmmakers, has decided on a short project and a bigger one. We’ll be working on one of my ideas for a horror/thriller short about hitchhiking, so I’m open to any ideas, or help writing it. I’m struggling to come up with dialogue – it’s harder than you would think to make it sound believable. Most of all I just need to set aside some time and get to work on it. In a short while the wine should be sorted, so I won’t have to worry about it for a number of months (it’s happily bubbling away in the corner of my room now, giving a pop every few seconds) until it is ready to be racked, then bottled. Winemaking is good fun, and worth a try, though I won’t know how the fruits of my labour taste until a good while down the line. Some recipes suggest stopping fermentation of the mead a few days in, and drinking it like that without aging it, though, I can’t imagine there would be very much alcohol in that case. Generally the longer spent maturing in the bottle, the better, so I’m reluctant to stop it early just in case it ruins it. I’m going to transfer the second batch of blackcurrant must/wine from the fermentation bucket into the demijohn, and then it will accompany my other batches. Each demijohn makes 6 bottles, so I’ll have at least 18 bottles by Christmas, which could be good, or very very bad depending on how the wine turns out.

The langos before topping

I did a tiny bit of baking yesterday, after reminiscing about the big Hungarian storm when we were visiting Budapest years ago. Langos is a popular fair food in Hungary, consisting of potato bread (regular bread with mashed potato added), and deep fried. It is pretty amazing, and traditionally served rubbed with garlic or covered in sour cream, though can have sweet toppings too. I didn’t feel like making a fried version, so I found a baked version here. It’s known as Töki pompos, and is essentially a Hungarian pizza. I topped mine with soured cream, red onions, bacon, and a mixture of cheddar and Parmesan cheese. It turned out really nice, though fried onions or chillies added to the dough would be even better.

2 responses to “Baking and Filmmaking”