The Hemingwrite is here! (almost)

Damn! There are so many things that I want but could never justify, and one of those things is the Hemingwrite I mentioned about in an earlier blog post. It’s a high-tech typewriter, combining a mechanical keyboard with an e-ink screen and not much else. As far as distraction-free writing goes, it’s the ideal solution, but it comes at a high price. Hemingwrite made its way onto Kickstarter with a bang, and at the time of writing this it has achieved $286,779 of the $250,000 goal and shows no signs of stopping any time soon. Though it seems like a niche product at first glance, the potential market is huge. Modern computers are a fantastic resource, and instant access to the internet makes research easy and fast, but it also brings a whole world wide web of procrastination. It happens to us all – journalists, academics, writers, and even bloggers. You sit down to start writing with the best of intentions, and after a productive minute or so you’re already looking at pictures of cats under the guise of “research”. I love the Hemingwrite aesthetically and functionally, but it is too damn much to sink into something that does less than my laptop. WriteMonkey serves my distraction-free writing needs at the moment, and who knows, perhaps I’ll pick the Hemingwrite up in the future if I have more money than sense. It will be interesting to see if it is a one-off product or if it spawns a generation of new-old writing tools. 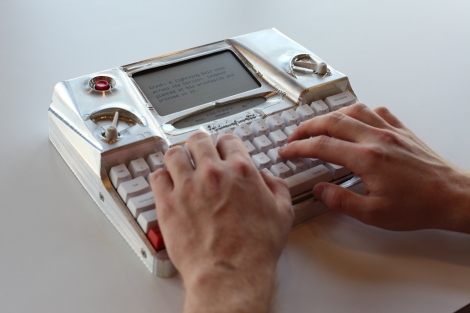 I used to get caught up in the hype of game releases and AAA titles, paying a premium to have them at launch, but it doesn’t appeal to me any more. Recently I have been looking backwards to the 90s and the heyday of the Sega Mega Drive (the Genesis, to our American friends). The Mega Drive played a formative role in my gaming childhood, and I spent many hours playing Sonic the Hedgehog 2 and Rambo III with my brothers. I distinctly recall the odd non-functioning game, solved by blowing the dust out of the cartridge, and the simplicity of the whole system. One cartridge slot, two buttons, and two controller ports. It was all it needed to be, and did it perfectly. It didn’t end at the Mega Drive though. Add-ons including the self-explanatory Sega CD and the 32-bit Sega 32X expansion helped to extend the lifespan of the console, and numerous incarnations of basic console were produced over time. The Multi-Mega combined the Mega Drive and CD unit, the Nomad was a handheld version, and the TeraDrive was a combined Mega Drive and computer available exclusively in Japan. Those were only the first-party options – third-party versions were released JVC and Pioneer, and even Amstrad was in on the game with a combined Mega Drive/PC. Needless to say it was a popular console and cemented Sega’s place in the gaming market.

But you don’t need any of that! Mega Drive ROMs are readily available online along with emulators to play them. Most of the games are tiny, occupying less than 1 megabyte of space. If you’d rather play it on your TV then there are a lot of licensed third-party consoles for £20-30 which will do the job admirably. Enough of hardware, I’ll be talking more about the games in the next post. And I should probably mention that I graduated on Friday, and also had a paper published last Tuesday. These are extremely exciting times! 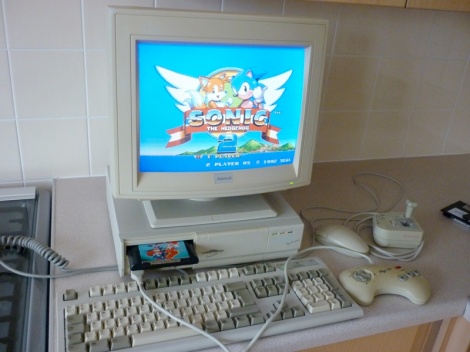 The Mega PC – just one of the bizarre third-party consoles for Mega Drive games. Imagine if there was a games console that was also a Blu-ray pla…oh, wait. Yeah, I guess it doesn’t seem so weird when you consider modern consoles attempting to do everything under the sun.