Getting into writing mode has been difficult recently – sitting on the sofa with a laptop isn’t the most inspiring way of doing things. I’ve created a workspace for myself, sacrificing a significant proportion of the kitchen/livingroom in an attempt to mix things up. Out came my restored IBM Model M keyboard, and my voiceover recording setup. Now that we’re past that preamble, here’s the real story. 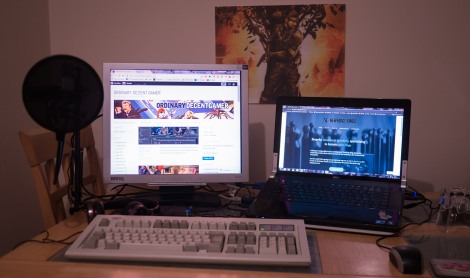 The End of an Era (Sort of)

As I sat on the bus speeding away from the mass of lights that was better known as my place of work for the last four months, I couldn’t help but feel overwhelmed by emotion. The finality only sank in when I started to clear my things out of the doctor’s room. I had, rather impressively, contributed most of the clutter to the top of the lockers. Scrubs. Notes. Work clothes. Even a towel from my days as a cyclist-commuter. You should always know where your towel is.

All of the angst, stress, long days, weekends, drama, sick patients. It all suddenly melted away. I was left only with a sort-of heartsick sense of nostalgia. “Stockholm syndrome” was how Sarah put it. Yes, I was already pining for the very job and workplace that had caused me much grief and consumed half my waking hours for four months. I’ve heard from other doctors that you’ll always remember and love your first job, and no other job will live up to it. Behind the aforementioned negative emotion, there is overwhelming positivity. I DID enjoy this job, despite the impression you may have formed from the tone until this point. We have a tendency to fixate on negative experiences, which disproportionately cloud our memories, but there were many good times. I’ve enjoyed being able to work closely with my colleagues – fellow doctors, surgeons, nursing staff, auxillaries, ward clerks, and other allied health care professionals – they’ve all been helpful and supportive to a clueless beginner doctor. 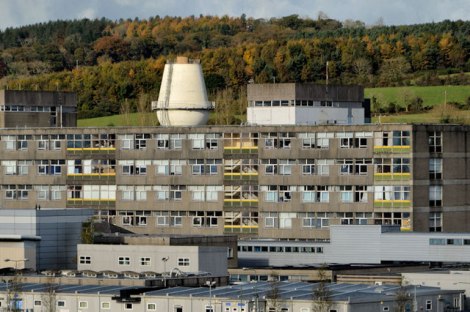 It has been a fantastic learning opportunity, and not only do I feel more confident as a doctor, I feel more confident as a person. There’s no denying that it’s a busy hospital and a tough job, but on a good day with a reasonable staffing level, it was really satisfying. Early on when I was having a busy but largely successful day, me consultant stopped to ask me how I was doing, and told me that it was good to work with someone who was on top of things. Little things like that really make your day when everyone seems to be demanding your time for their urgent priority task.

And despite their length, I genuinely enjoyed the banter at monthly audit meetings. Surgeons being surgeons, wisecracking and winding each other up at every possible opportunity. Carry on Surgeon!

My final act before leaving the hospital was to pay a visit to the nerve-centre, switchboard, to hand in my bleep. The little electronic box. A concentrated source of all my woes, with the ability to drive me to distraction. Of course it wasn’t the pager’s fault, but it felt like an easy target for our frustrations. I muted mine a few weeks ago and never looked back. No longer would I be with a patient and suddenly startled by a shrill bleep that was much louder than the purported “1”, or the lowest setting. Yes, even 1 out of 10 was awful on mine. Bleeps aside, I found switchboard immensely helpful throughout my short stint at the Ulster when trying to get in touch with the right people.

So with that short send-off, I say farewell to the Ulster and hello to the Downe, my new home for the next four months. If it’s still open by next Wednesday…you never know these days. 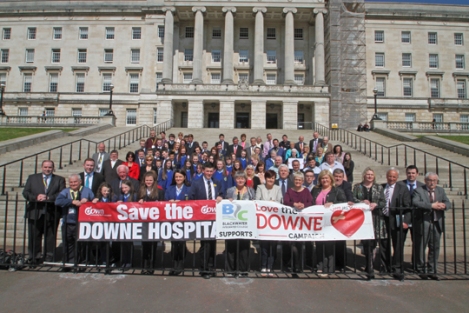