Back to Basics: A PC Building Issue

Back to Basics: A PC Building Issue

It has been a while since I’ve written anything for Ordinary Decent Gamer (blame the PS4, and other exciting life events), and even longer since I’ve worked with a computer properly. And by worked properly, I’m referring to sitting on the floor with a toolkit and pieces of hardware scattered all around. And yet, here I am, and I absolutely love it. Many of my formative years were spent sitting on carpets with an endless variety of computers – disassembling, fixing, installing operating systems, re-installing operating systems, formatting hard drives (intentionally, and unintentionally), and having fun. At times I struggled in vain, putting hours into fruitless projects, but it was all worth it for the times it worked out. Frustration quickly gives way to elation, and all is right with the world. Well, the microcosm within my living room. And the times it doesn’t go so smoothly? There’s little a few hours of intense forum searching can’t solve.

Today’s project was a simple one, but one I’ve meant to get around to for a long time. Die hard fans of Ordinary Decent Gamer may remember my solid state drive (SSD) fitting video back in 2012 which, despite it being quite uninteresting and exceedingly long, is still my most viewed video with almost 18,000 views. Slightly worrying, but we’ll work past it. The aforementioned SSD’s capacity was only 128 GB, and after five years of careful management, I’d hit capacity. What do you do then? Uninstall a few programs? Clean up some temporary files? Nope, onwards to Plan B.

Sarah’s laptop is the same age as mine, but unlike mine which was reasonably powerful, her’s was entry-mid level and hasn’t aged well. Startup takes forever, loading times are a joke – even doing basic day to day tasks can be a struggle. I had the great idea of replacing the hard drive with an SSD and reinstalling Windows 7. It would solve the problem with boot times, and the processor wasn’t awful, so the whole computer should’ve benefited. Unfortunately it wasn’t meant to be. It was way too unstable and unreliable. Not all problems with computers can be solved easily, and Sarah’s laptop seemed to be suffering from a random array of issues with no obvious solution. After struggling against it for some time, I gave in and put the old HDD back.

A thick film of dust had settled on the box of the Samsung SSD. I had meant to return it for some time, then had a thought. It would be the perfect replacement for mine. A much larger 512 GB Samsung drive vs my old 128 GB Kingston. Was it worth reinstalling Windows? Though a fresh start is nice from time to time, my laptop setup was perfect for my requirements, and I didn’t want to mess around reinstalling the OS and all of my programs and random drivers. It’s an easy way to eat up a few hours, and I would rather spend the time playing Resident Evil 7.

Ladies and gentlemen, there is another way. It comes in the form of a piece of software which allows you to clone your hard drive onto another drive. I used EaseUS Todo Backup, which has a free version and a 30 day trial of the fully featured version. I had the benefit of a spare desktop PC lying around to connect the two SSDs. First I formatted the new SSD, then used EaseUS backup to clone the drive. The issue with cloning a drive is that the partition is identical to the original, and in this case, the computer could only see the original 128 GB space in the new drive, and wasn’t taking advantage of the full 512 GB. This was my first time cloning a drive, so I promptly made my way onto the forums. The solution was simple – just Disk Management (a Windows utility) to extend the volume to use all the available space. Done!

I put the SSD back into my Dell Studio XPS 16, turned on the power…and it didn’t boot. 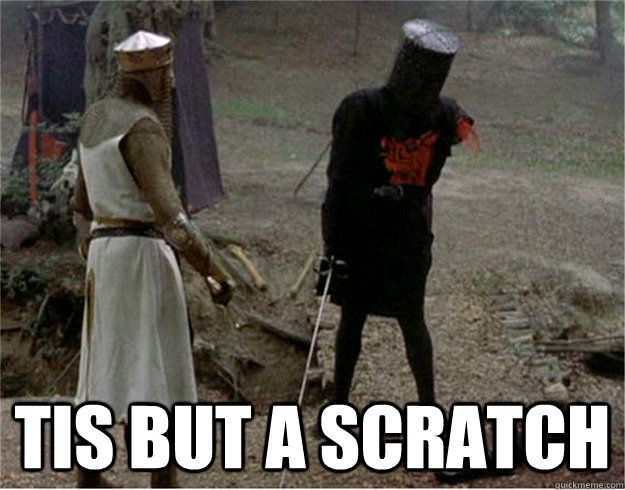 It was a setback, but now was the time to figure out what went wrong. Did I format the drive incompletely? Should I have waited until the drive was in the laptop before extending the volume? I started over again, reformatted and cloned the drive. Again, Windows wouldn’t boot. Time for an old trick which can do the job from time to time – the “Repair Windows” option on the installation disc. Or installation flash drive. I have had the Windows 7 installation on bootable USB flash drives for years now, and they always serve me well. In went the flash drive and hey presto, the problem was solved. Except my mouse didn’t work. Who needs a mouse these days anyway? It’s all VR, AR, motion control, mind mapping. Turning the laptop off and on again did the trick.

It was my laptop, as it always had been, except for one change. I had space. Glorious space!