It has been another busy weekend, not really aided by the fact I was incredibly sleep deprived after Thursday night. I said I would have an update, but there wasn’t anything happening at the time after the first one on Friday morning, but I can summarise things now after the experience. It went pretty well, and we ended up with a good turn out of supporters – one guy (though quite drunk) was so moved by the whole thing that he went back to his house, brought out a duvet, and stayed for the night alongside us. A handful of people came up to talk to us throughout the time there. Some people genuinely interested in what we were doing and looking for more information, others too drunk to care, and also some members of the homeless population telling us their thoughts. Unfortunately there wasn’t any real media coverage of the event, but if we made at least a few people think a bit more about the hidden problem in Belfast then we’ve done our jobs. The whole idea was to raise awareness, and with any luck we’ve achieved that to some extent. Hopefully when I finish with the video it will be up on the Shelter NI website and the Homed Belfast page.

For the interview section of the video I wanted to have the names of each person come up on the bottom edge of the screen, which is normal practice, but presented me with some difficulty as I didn’t know the font of the homed logo. In this case I wanted the font of the names to match the logo. You can see for yourself on the right, and try to identify it. I had never seen it before, which prompted me to think of another solution. If you find yourself listening to a new song and don’t know the name, you can use TrackID to find out, which analyses a short clip of the music and compares it with a vast database. The same applies with fonts, and there are a variety of websites available which will attempt to determine the font by submission of a jpeg file containing said font. 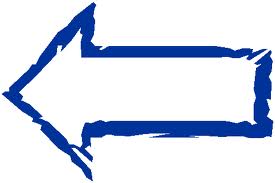 Just a brief interruption by our sponsor, otherwise known as me. Yes, time is money so in those terms I’ve poured a lot of it into this blog so far. If you’re interested in subscribing to receive my posts as and when I post them, you can subscribe via RSS at the top of the page (hit “stay updated via RSS” beside the RSS symbol) or follow me by email just to the left in the sidebar.  If you get lost, there’s a massive arrow beside this pointing to the “Sign me up!” button. Use it wisely, and don’t forget to comment or like my posts. As I always say, I’m open to suggestions and if there’s anything you want me to cover tech-wise or anything really, then just comment and tell me. Make it so!

I used What Font Is as it seemed to be fairly accurate once I figured out how to work it properly (it is simple, but I was just having a thick moment) and is free of course! After the upload and identification process, it presented me with a number of possibilities, and amongst those was Seraphim which matched the logo exactly. I hadn’t even thought about the existence of these online font ID services, but they are very useful and save a lot of time and wasted effort. I’m running into some difficulties with the video as a result of an old tape however – it seems to have dropped a few frames here and there, but I will prevail, as always. It’s just going to require some very creative editing, and some random cutaways to split up the main interviews because they are quite long and with the amount of stuff going on in the background, the sound is not the cleanest in the world.

You’ll be pleased to know, or probably not at all, that I’ve upgraded my laptop from 4 to 8 GB RAM. Recently I’ve been feeling a bit of a slowdown, and it’s probably due to the amount of crap I have installed on here, but nevertheless I wanted to try and improve performance by the most cost effective method – throwing a hell of a lot of RAM at it! I went with Corsair performance stuff which only set me back about £40, and the difference is really tangible particularly in applications which are very processor/RAM intensive. Photoshop loads incredibly quickly now, and if I can get the 64-bit version up and going it will be even better (the 32-bit version is limited to 3.5 GB RAM utilisation because of the usual 32-bit limitations). The other Adobe applications are currently making the most of it, and allocating themselves 6.5 GB RAM, which should make them quite a bit more usable. I’ve got the upgrading bug now, and there’s still a free space in one of my mini PCI-E slots, so I may have to buy a 3G broadband card. I can’t very well have an incomplete laptop now, can I? Don’t answer that.

NEWSFLASH! Whilst I’ve been writing this, I managed to replace the .dll giving me bother with Photoshop 64-bit, and now it works. It’s currently allocated 7.2 GB RAM and it’s amazingly fast! I apologize if this is a very tech based post, but in my defence there was no way of knowing what on earth I would write before I started…and talking of RAM, while working on the computers at Shelter NI I discovered a type I had never heard of – RDRAM. Apparently it was a challenger for the spot DDR RAM now occupies, being most prevalent in 1999/2000ish, but for various cost and performance issues it didn’t become wide spread. On the brightside, it only cost me £3 for a gigabyte! One of the things I love about RAM is that it is impossible to put the wrong type in, because it physically won’t fit thanks to the placement of notches in different areas for each different type of memory. I know, I’m sad, but you should love RAM too. Without it, computers wouldn’t be here.

I had some more fencing success yesterday; this time in the Belfast Open in Campbell College. I came third in Men’s épée, which is my second third place this year. To be honest I entered without expecting much, as I’ve been off form the last week or so (excuses excuses I suppose) and there were some good fencers coming up from down south, so I’m quite pleased. Last night was also the camcorder club annual dinner and prize giving which was good too, and I managed to rake in two 3rd places and a 2nd place for various films throughout the year. The food was suprisingly good for a golf club – a reasonably priced and pretty damn good three course meal.  I had prawns to start, then pork loin, and jaffa orange pudding with chocolate sauce for dessert. It was nice to get to talk to the other members in that situation, as a lot of them have led very interesting lives, or just have random questions about using some piece of software for video editing. I’m more and more becoming the go-to guy for that stuff, which is good, but at the same time I can be plagued with questions.