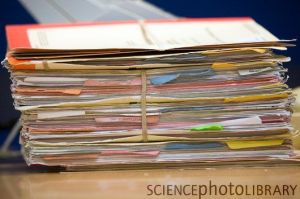 What am I to write about this week? My second week in Altnagelvin, and my first case has been written up. That was an ordeal, but I’m hoping the first one is the hardest and after that things should be easier. Normally, for each attachment we have to write up at least one case, that is, take a detailed history from a patient, perform all the relevant examinations, and write a discussion at the end. This is surprisingly time consuming as it has to be hand written, and I don’t know about you, but my handwriting usually sucks. I can write neatly, but it is such a laborious process that I rarely can ever be bothered to do so. First I drafted my discussion pen and paper, then typed it up and added more, and then had to write it neatly in pen into the case template. A strange workflow, but I made it through. Things were complicated further by the fact I had no access to the patient’s notes (geographically challenged!), so there were quite a few gaps in my information. The first one is always a learning experience…

Other than the case, the hospital has been pretty great. Most people are friendly and more than happy to help, and a nurse even gave me a heads up before clinic on Friday to duck out because the consultant didn’t like students. Rheumatology has become my hangout, mainly because I spent so much time over the last few days trying to get the information I needed for the case, and also because it’s so relaxed and quiet most of the time. I didn’t get to theatre this week, mainly just a packed week of tutorials and clinics. 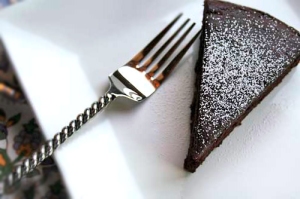 Vegan chocolate cake, though mine didn’t look like this!

The house is a lot quieter this weekend as most of our American guests have departed, so my free time this weekend has been spent so far lazing around, fixing computers, and featuring in some of my brother’s wedding photos. Some baking also happened, thanks to Stumbleupon. A vegan Mexican chocolate cake to be precise, and though it was good, it didn’t exactly turn out perfect. It appeared to be rising pretty perfectly, and was cooked for about the suggested time but as soon as the door of the oven opened, the cake collapsed! So it quickly went from traditional cake to gooey browny-type thing. It turns out eggs are pretty important too, and difficult to replace in a cake recipe. What I like about vegan or vegetarian cooking is the amount of substitutes for traditional ingredients you get to use, including all of the cool flours and other things like arrowroot and xantham gum, and even sweet potato purée which we made. I tried using chia seeds soaked in water as an egg substitute, which makes a viscous gel like substance (mimicking egg whites, possibly), and everything was mixed together in a food processor. If you’re interested in the recipe, you can find it here.

I also learned something amazing about Nutella this week. Not only Nutella, but all chocolate based spreads in fact. Heat milk in a microwave or saucepan and add a couple of tablespoons of chocolate spread for an amazing hot chocolate, without the annoying lumps or settling you get with powder based drinks. And what’s even greater, you can buy chocolate orange spread! That’s right, chocolate orange spread. That’s like a spreadable version of a chocolate orange! I was introduced to this amazing substance by another medical friend, and I haven’t looked back since.

I am completely exhausted, and that’s as much as I can manage for now, but start thinking about Halloween people! I want to see some amazing costumes. My costume hasn’t been decided as of yet, but I have a few ideas in the back of my mind.

2 responses to “Cases, vegan baking, and other jazz”