The Tower of Doom

Last week’s was a very brief post, on the precipice of the 2013 intervarsity fencing competition. That was a long weekend, particularly because Limerick is so damn far away, and required over 6 hours of bus travel. At least there was WiFi, so there was something stopping me going completely insane. Long bus journeys are okay, and I do get some reading done initially, but then I hit the drowsy zone. This is a horrible stage where I can’t sleep, and I don’t have the concentration span or energy to read or play any games, making the time crawl by, minute after minute. We did arrive eventually, and because the others sharing my room had not yet arrived, I had the room to myself for the night. The Travelodge was just ten minutes outside of town, but it looked as though it had sprung up out of nowhere. The suburban area felt like an Irish “Las Vegas”, having popped up in the middle of a desolate boggy field, with countryside for miles around. This was only reinforced by the howling wind every night, reminding me of where I actually was. As far as the actual competition went, we did pretty well, with six wins and three losses. Sunday was a strange day though, because I beat, or was close to beating, some of the hardest people yet lost to some terrible fencers. I just don’t attack enough. It’s not my style. I’ve evolved a very sneaky tactic of utilising provocation, feints, and false aggression to lure people into making mistakes, and that is when I strike. It sits nicely with low energy fencing – I am not fit enough to keep up with the people who spring around the piste, so I simply guide them into my sword. Trust me, it saves a lot of effort. It doesn’t always work though, so I am going to have to start fencing more conventionally to mix things up. My posture and footwork are also appalling, so there are definite areas for improvement. 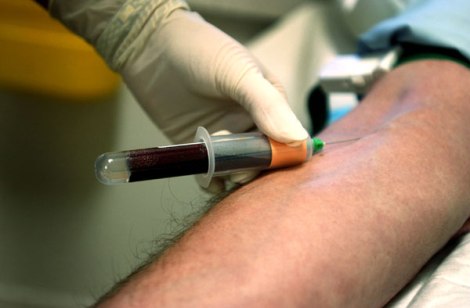 This week has been a bloody one. Not only did I take quite a lot of blood samples from patients (with their consent of course!), but one of the fencers in the club was punctured by a sabre. I didn’t think it was possible, because ordinarily it is a very safe sport with the amount of safety equipment, but these things do happen from time to time, despite precautions being taken. I am definitely becoming more confident taking blood though, and I even placed a cannula, albeit slightly incorrectly, in a patients arm. The F1 doctor with me was able to readjust it and get it working, so it worked out fine. There is no better experience than actually being on the wards and following around other junior doctors to get a real feel for the job. There are a lot of mundane tasks and paperwork involved, but you have the chance to meet so many different kinds of people, and make a real difference in their lives. Some are more challenging than others, with dementia patients proving difficult to manage, but everything comes with time and practice.

This is going to be another short one! I just haven’t had the time to do as much writing, and things are falling by the wayside. I did get my Masters organised though, so next year is hopefully sorted.