I have loved almost all of the games I played in 2013. Some have become favourites, but others failed to live up to their reputation. I am not the greatest follower of trends, so the games I played this year may not necessarily be current, and don’t expect any sort of sports or driving games.

If I were to pick my top ten games, and I’m not saying I will, but if I was to put together some sort of list regarding my favourite games, it would potentially look something like this: 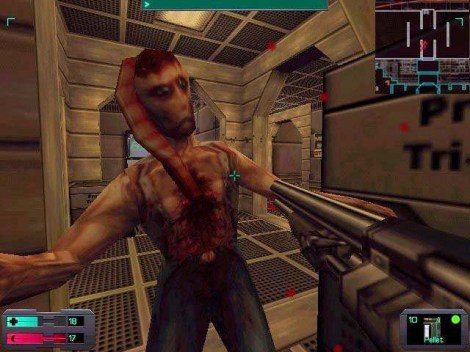 I started out thinking this list would be incredibly easy – surely I hadn’t played that many games last year? It turns out I was wrong, and the more I thought about it, the longer the list of excellent games became. There were a lot of games that couldn’t make it into my top five, so the list had to become a top ten.

At tenth place, this is no reflection on how good a game System Shock 2 is. It is a great game, and with various patches and fixes to improve textures and the overall look of the game, it is still very playable today. At times it can be incredibly difficult and frustrating, but if you stick at it, it is a very rewarding game. I felt that it had to be on the list, but couldn’t occupy a higher spot because of how damn old it is. It wouldn’t be a very contemporary list otherwise.

I won’t spend too much time on this one. Anyone who knows me or has read much on here will know how much I love the Metal Gear Solid series, and this game is no exception. It was a great way to tie up the series, and one of my all-time favourites. Again, I can’t give it a higher place because it is a few years old now. 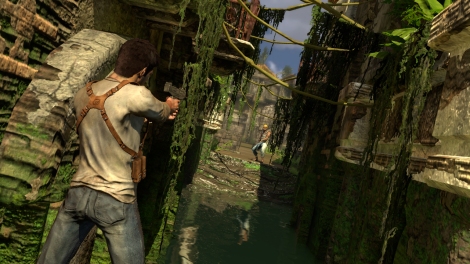 Another relative oldie, but a solid game all the same. I really enjoyed Uncharted and despite being over six years old, it still looks great. The story is solid, and the voice acting and chemistry between the main characters is particularly good. 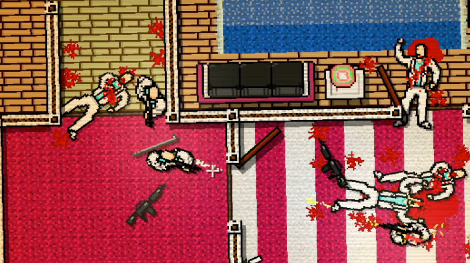 Few games are as violent and visceral as Hotline Miami, but that does not detract from the game one bit. Add to that an awesome 80s themed setting and soundtrack, and some grisly pixel-art visuals, and you have a must play game. 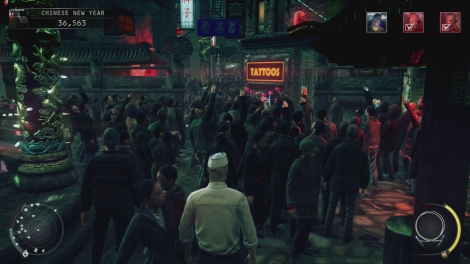 I would have probably never played the most recent instalment in the Hitman series, Absolution, but the PS3 version just so happened to be on sale for £5. Why not? While not the greatest game ever created, and arguably not the best game in the series, I really enjoyed it. Sure the Instinct mechanic was kind of backwards and annoying, and some of the assassinations happened in cut-scenes, and there were invisible walls aplenty, it was still an enjoyable and challenging game. And there was so much choice regarding assassination methods. In one of the first missions you are left to kill a crime boss in Chinatown; you can poison him, axe him, have a pile of bricks fall on him, snipe him, blow him up, strangle him, shoot him, or just do it the age old way: a fire extinguisher.  My brother found this method particularly successful, and not to mention hilarious. Oh yeah, you can do that stealth thing too…whatever that is.

In fifth place: The Curse of Monkey Island

The Curse of Monkey Island

An all-time great in the adventure game world, The Curse of Monkey Island is a fantastic combination of great story, excellent voice acting, fun puzzles, and vibrant design. On top of that all, it’s bloody hard. The most obscure connections are made between two completely different items and understanding how everything interconnects is key to making progress in the game. Needless to say I used a walkthrough quite a lot. It is definitely worth a look.

The game that proved the most uninteresting of premises, looking at documents and stamping passports in a checkpoint office on the border of two Eastern bloc countries, could be incredibly compelling and make one of the best games I played in 2013. Just play it and you will see what I mean. You go in with the best of intentions, and before you know it, you’ve become another corrupt official just trying to get by in a cold, hard, grey, turnip filled world.

In third place: The Stanley Parable

It’s hard to say too much about The Stanley Parable without spoiling it for those who are yet to undertake the experience. I will say this, it is an experience more than it is a game, and you will only truly understand when you play it.

In second place: The Last of Us

The terrifying clickers – The Last of Us

A fantastic game that really is the culmination of all the past generation of game consoles have to offer, providing fantastic graphics, great story, frantic gameplay, and more tension than a grand piano.

Such a vibrant and yet twisted world – BioShock Infinite

It was a tough choice between the Last of Us and BioShock Infinite, but only one game could take the top spot. It has been a good while since I’ve played a game start to finish in such a short time as I did for BioShock Infinite, and this was definitely worth it. Stunning visuals, fairly familiar gameplay utilising Vigors in place of BioShock’s Plasmids and lots of shooting, and a storyline spanning multiple dimensions, it is the well-deserved victor of my little list. It took me a while to play it (I only got it for Christmas 2013) but I would encourage anyone, and particularly those who enjoyed the original BioShock, to give it a go.

Well, that’s the end of my list. If I ever decided to do a list, that is, which I’m still not convinced is a great idea.