Christmas has been and gone for another year, but there’s still time for…Christmas?

Yes, we had our Christmas dinner on Friday the 22nd of December as I’m visiting Sarah in England from the 23rd to the 26th. I spend the past week working nights, and was struck down with a bad case of the cold for the last two of them, so many of my cooking-related plans didn’t pan out. Cooking, pan, get it? I had intended on planning out the menu with mum as usual, and brining the turkey, but I instead spent most of my time trying to sleep off the illness. It has been the first time for a few years that I haven’t been heavily involved in putting together the dinner, but admittedly it did lead to a less stressful day (for me, at least!). We had the traditional Christmas fare – turkey, potatoes, sprouts etc – with a pavlova for dessert. The turkey brining was taken over by mum and dad on the night of the 21st, but aside from that it was a return to the Christmas dinner’s of our past.

We had dinner. And then we had presents. It was a proper Christmas day, just a bit early. Christmas is what you make of it, and in this case, whenever you decide to have it! Now I’m across the water in Somerset for my second Christmas. It’s the first Christmas I’ve spent away from home, but I’m very excited. You don’t get much better than two Christmases in one year.

I’ve started work on the latest ODGamer video review and had hoped to have it ready for Christmas, but work and illness intervened. It will be ready in the next week or two.

For now, enjoy some pictures of Christmas cake and other food. Merry Christmas, and a Happy New Year! 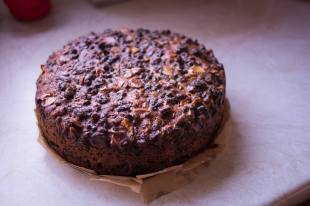 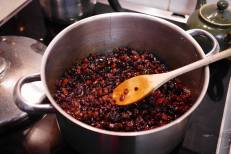