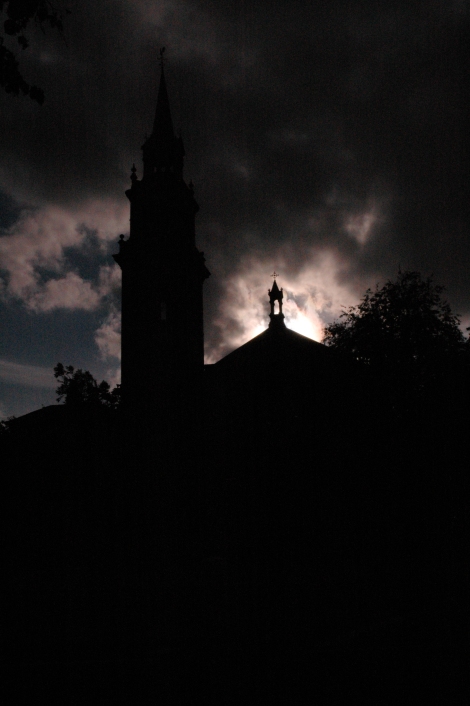 Elmwood Hall, home of the RPGs

I eventually made it into Q-Con, long after the Halo 4 tournament, the one tournament I would have been interested in joining, had finished and the short films had been screened. The short film competition was quite possibly the worst advertised aspect of the weekend and in a bad place from a time perspective, as it was much too early on. The convention only started at 5pm, and that’s when the films began to be screened. I have no idea if Gratuitous Violence made it anywhere near the top eight, but who knows, there may not have been a great number of entries. It still would have been nice to see. Arriving late was not ideal, and a number of my friends were just heading off to get food by the time I had reached there, but I did some wandering and got the lay of the land. Registration along with a few board and card games was on the ground floor of the SU, videogames in the Space on the first floor, and the snack bar was home to the vendors and card game tournaments, along with tables for board and card games. Videogames didn’t make up as big a part of Q-Con as I had initially expected, but it was interesting to see so many gamers in one place. I ended up playing an old fighting game in Japanese or Chinese running on an emulator (good fun, if incredibly awkward and slow moving), and Parappa the Rappa, which I had heard about for a long time but never played. Needless to say, I hadn’t been missing much – a rhythm game similar to DDR or dancing games, just using the controller and replacing the dancing with rapping. It wasn’t a bad game, but probably a lot more exciting when it was released, many moons ago on the PSX. 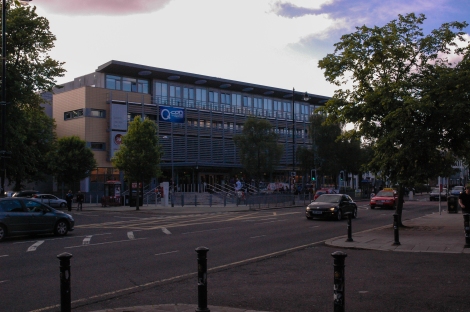 The Student’s Union – home of Q-Con

The comedy club in Mandela Hall concluded the Friday night, and was a good laugh. Some acts were a lot better than others, including the Spoony Bards who didn’t really fit into the comedy genre, but rather the novelty videogame themes band, and Jarred Christmas, who was fantastic. Colin Murray was compering as usual, and did a good job even if it was a bit different from his typical crowd. One of the other comedians fell a bit flat, either being too nervous or taking jokes uncomfortably far, and just regaling us with tales about his depressing existence. Not the kind of thing you want to hear at a comedy gig. 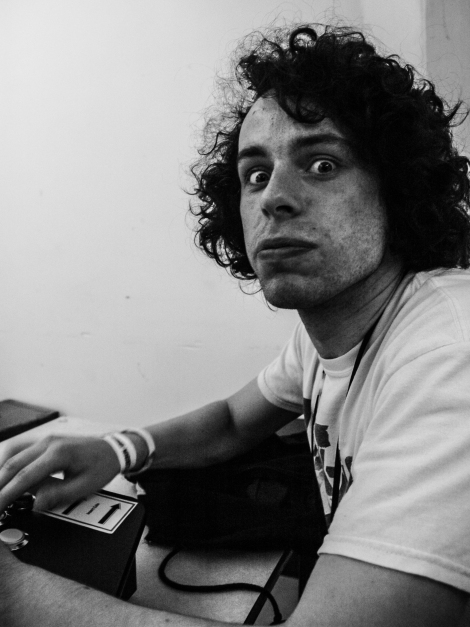 Thomas, playing the fighting game with me. The game was definitely retro, and really really slow moving. 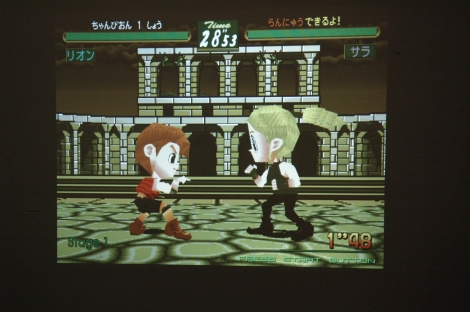 Saturday morning was supposed to start off with Dungeons & Dragons 1st Edition, but thanks to someone in our party who shall not be named, we had to abandon that plan and instead played a board game. Smallworld is essentially a fantasy version of Risk, with a few twists involved including character classes, special abilities, and other fun features. The board is divided into different areas of terrain, and the aim is to capture as many as possible and defend them, as they provide you with an income of victory points. The game lasts nine turns, and after that the victor is the player with the greatest number of points. It was quite an enjoyable game, and easy to learn the rules to, but there are many potential strategies that could be used depending on the combination of character race, all of which have different abilities, and your special ability. It’s another game that is definitely worth trying if you get a chance. 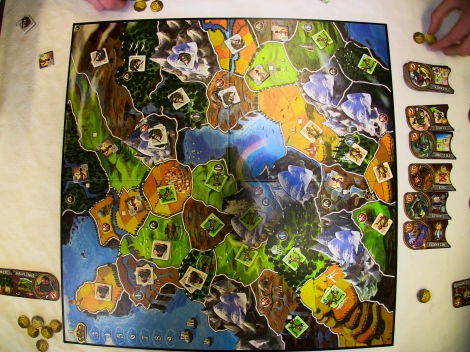 The Smallworld board, just before we had to move and make room for Yu-Gi-Oh tournament

As for now, the plan is to attend the Q-Con quiz and following that, head on to see General Fiasco, Duke Special, and another band play in the Empire.

One response to “Q-Con: Friday and Saturday”