We’ve reached the nth day of Christmas, and the tree is still very much a feature in our living room, alongside the stormtrooper decanter full of questionable whiskey, and the ever growing display of trinkets adorning the top of our bookshelf. We’ve only lived here a year and a half, but the amount of stuff we have accumulated is phenomenal. Books. Souvenirs from around the world. Cooking utensils and gadgets. Guitars. Shelves overflowing with DVDs and Xbox 360 games. You name it, we’ve probably got it. Even a dwarf hamster, Kili. We’re collectors of the everyday, and the unique. And let’s not forget technology.

Every few years I convince myself that getting a new phone would be a great idea, and that phone is always vastly superior to its predecessor. The new phone would be unbelievably fast, capable of running every conceivable app possible, and more than able to meet my needs for a smartphone. On another note, does anyone really have smartphone needs? We’ve only had properly, fully-functioning smartphones for the last ten years or so. Have our day to day needs changed that significantly? Nope, but we’ve grown accustomed to them, and like all things, we always want for a better version. Despite the technological improvements (my current phone has a quad-core processor, power that was only emerging in personal computers ten years ago) my phone is still limited. I can’t install any apps – the operating system is now so bloated with updates that it is infringing on the functionality of the phone – and without apps, my phone is a glorified web browser. And it has become over encumbered and slow. Even taking a photo is a chore. 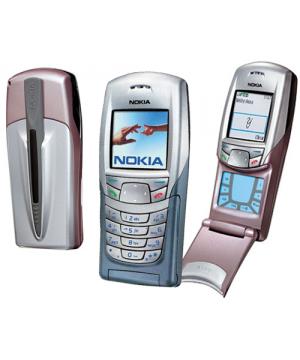 The Nokia 6108, another one of my Asian market phones from many moons ago

And so I move on to newer and (hopefully) better things. Sarah recently bought a Huawei P9 Lite, a smartphone made by the Chinese technology giant, and one I had zero expectations of. We tried it out in the Vodafone store and were very impressed. It was fast, slick, and well built for a sub-£200 device. A 1080p screen, octa-core processor, and a fantastic fingerprint reader all make for a great phone. I could feel a twinge of jealousy brewing. I had already bought my new phone, but it wouldn’t be delivered for a number of weeks…because it was coming from China.

Madness, you say? Many of the major brands are manufactured in China (even if they’re designed in California), but this phone isn’t even available in the UK. It’s the Lenovo ZUK Z2, probably pronounced “zook”, but who really knows. ZUK is a Chinese smartphone manufacturer spun-off from Lenovo’s smartphone business, and launched it’s first one in 2015 – the Z1. I have a history with Asian-only phones, starting with the Nokia 6108 many moons ago in school, a rather unusual phone with primitive handwriting recognition. I’ve always loved weird and wonderful technology, even if it wasn’t as functional as I hoped. The Z2 is a slight upgrade from the 6108 all those years ago. It’s powered by a quad-core Snapdragon 820 processor with 4GB RAM, has a 1080p screen, and supports USB C. All of my current devices are powered by micro USB, so it will be interesting trialling USB C with the reversible connector. Never again will I have the slight inconvenience of having to try twice to get the connector in the right way!

While the phone looks fantastic in theory, there are some drawbacks to ordering a phone from China. It takes a bloody age for delivery. They quote 7-20 days, but it can be highly variable, and I ordered mine just before the Chinese New Year so delivery could be held up. They provide tracking information, but the interpretation of said information can be challenging. 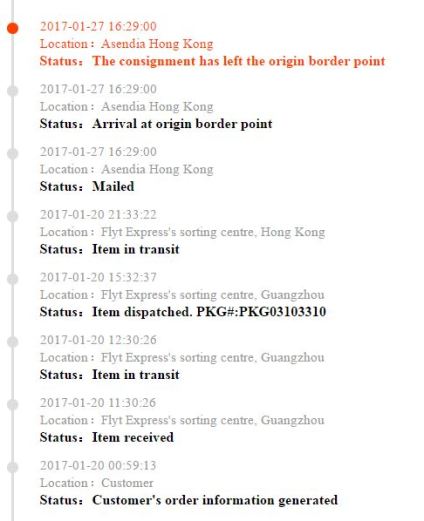 The tracking information from banggood. Can you tell where it is, yet?

One of the main criticisms is the Chinese operating system bundled with the phone – it’s not ideal, but I enjoy working with phones so I’ll probably wipe the whole thing and install a custom ROM, or the Indian ROM. I haven’t had to install custom ROMs on my last two phones, the Moto G and G3, because they came with stock Android, but the process is relatively straightforward…provided you don’t brick your phone. Wish me luck!

Merry…not-Christmas, and a Hamster New Year!